Hard to believe, but it was just yesterday late afternoon I was in St. John’s! I’m very tired from 4 flights home today and running through airports to make connections. And given the speed with which US Customs officials work, believe me, I ran to make my flight.

Above is a snapshot of St. John’s harbor; it’s a general shot so you can see neither the business district or the industrial shipping areas. Or “the bubbler”; which is where lots of the city’s raw sewage enters the harbor.  I was told “you need a shot” if you fall in the harbor. That is encouraging.

This is the narrow entrance to the harbor; I’ve read it’s about 11 meters deep: 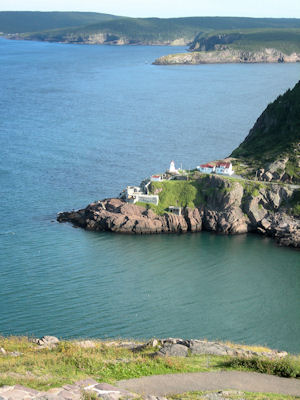 And then looking out from the harbor, nothing but the endless North Atlantic; here’s a windswept shot of me and Deanne Aylward, one of the many gracious Aylwards up there you’ll hear more about in the coming days (as I edit my photos!!): 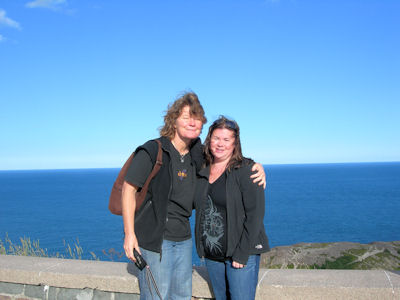 The first time I caught a glimpse of the massive sea past the harbor  entrance I stopped in my tracks. That was my first day in St. John’s. It’s not just because of I’m a desert-dweller; anyone with any sense should be sensibly awe-struck by the raw power of the ocean up there, and it’s influence on human imagination, narratives and commerce.

3 thoughts on “Yesterday in Newfoundland….”